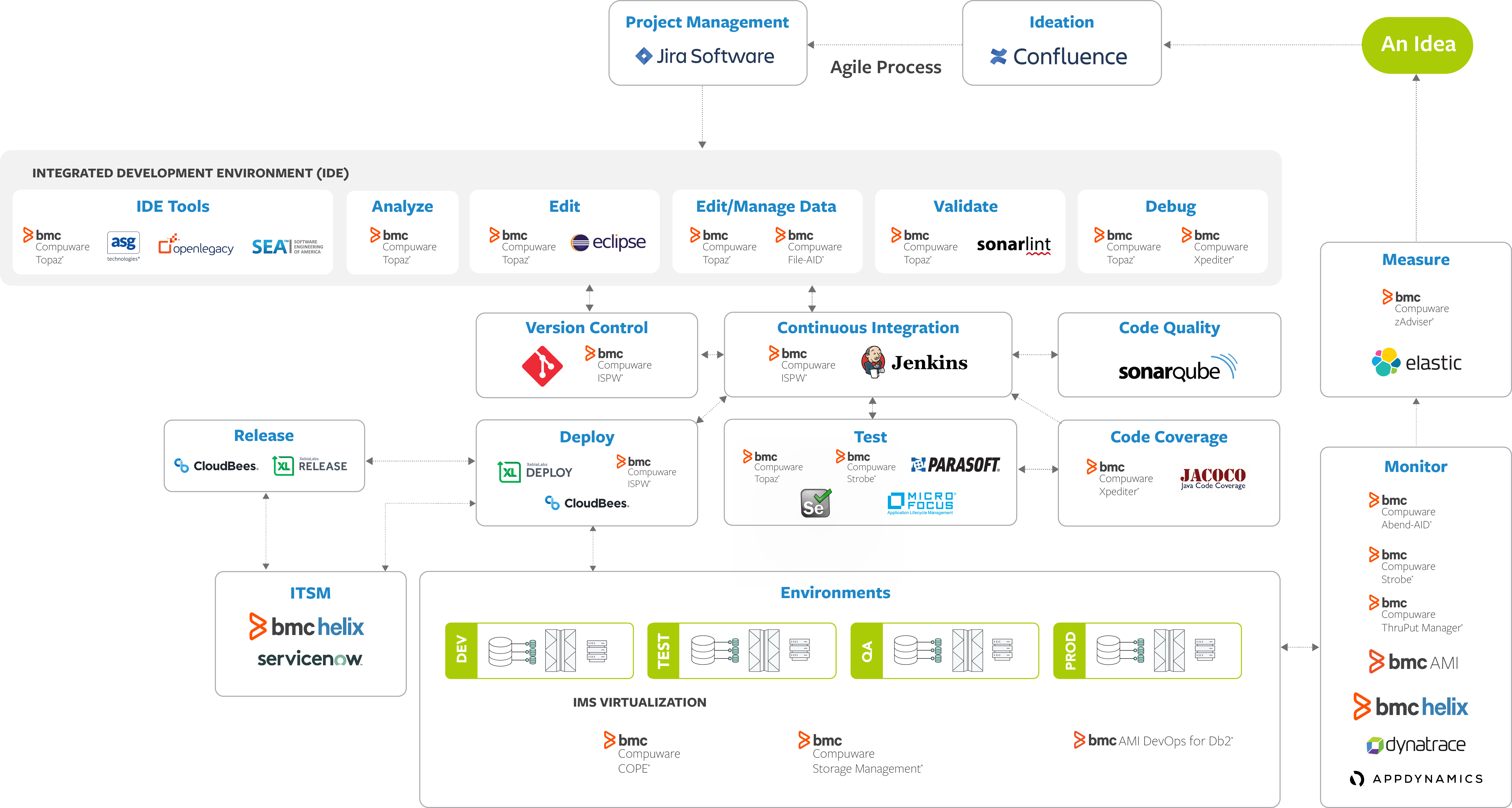 To get started building your own mainframe DevOps pipeline, we have provided pipeline examples and setup instructions using Jenkins. To implement a pipeline using other tools, refer to Mainframe CI using alternatives Jenkins.

Example code and documentation are provided for:

The code published serves as example code, using Compuware example applications and environments. It needs to be adjusted to site specific needs and requirements.

The descriptions and tutorials assume a certain level of familiarity with using Jenkins, Topaz for Total Test and other Compuware tools. The required level of knowledge expected, is not too high. E.g. it helps to know, how to define a new job in Jenkins.

Code examples are stored in this GitHub repository https://github.com/cpwr-devops/DevOps-Examples/.

We have published several examples of "complete" pipelines which show different process steps and techniques in Jenkins.

Next to the pipeline examples, we also publishe code snippets and short Jenkins jobs that demonstrate individual features and use cases of the Compuware plugins or CLIs.

The GitHub repository is organized as follows:

Over the recent few releases of Topaz for Total Test, the Topaz CLI, ISPW, the ISPW CLI and the corresponding Jenkins plugins, integration between different tools has been greatly improved, moving much of the complexity of implementing certain requirements from the code of the scripts into functionality provided by the plugins/CLI. Therefore, many of the example pipelines will have become far simpler, compared to the older versions, while providing the same flexibility and functionality as before. For customers this means that the coding effort and complexity of the resulting pipeline scripts has been reduced considerably.

The example pipelines use a development scenario based on:

Instructions for configuring the various tools can be found in the Configuration section of this site.

Based on the description above and due to the requirements for the use of Pipeline Shared Libraries in Jenkins, the folder structure of the DevOps-Examples repository is as follows: