Both scenarios handled by the two primary pipelines work on Compuware's demonstration stream FTSDEMO, using application RXN3, in our example. In this version of the application, some of the components (CWXTSUBC) use copybooks. 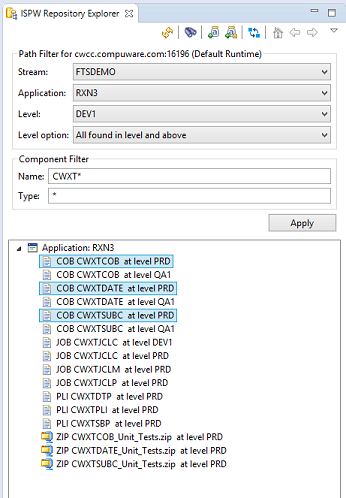 # Checking out code to an assignment

In ISPW the developer checks out a few components to a new or existing assignment. Depending on the pipeline being used:

They check out the following components

and add them to a new or existing assignment. In the example, they use the DEV1 path.

In case of the first scenario, the developer also needs to check out the copybook EMPFILE. 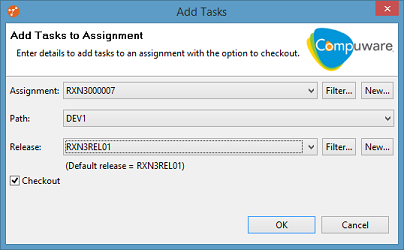 The developer applies changes to the code, stores them back to ISPW, and generates (compile, link, bind, etc.) the new code.

Parallel to changing the code, the developer also adds new test cases or modifies existing test cases to the set of unit tests for the components in question./scenario/TTT_scenario.md). Since the unit tests are stored in GitHub, the changes need to be committed and pushed to the GitHub repository, before continuing. For best practices for creating Topaz for Total Test Unit test cases in a CI pipeline, please review this page-> Total Test Best Practices.

Once the new code has been generated, and the unit tests have been pushed to GitHub, the develop can promote the selected components, or the complete assignment to the next level. 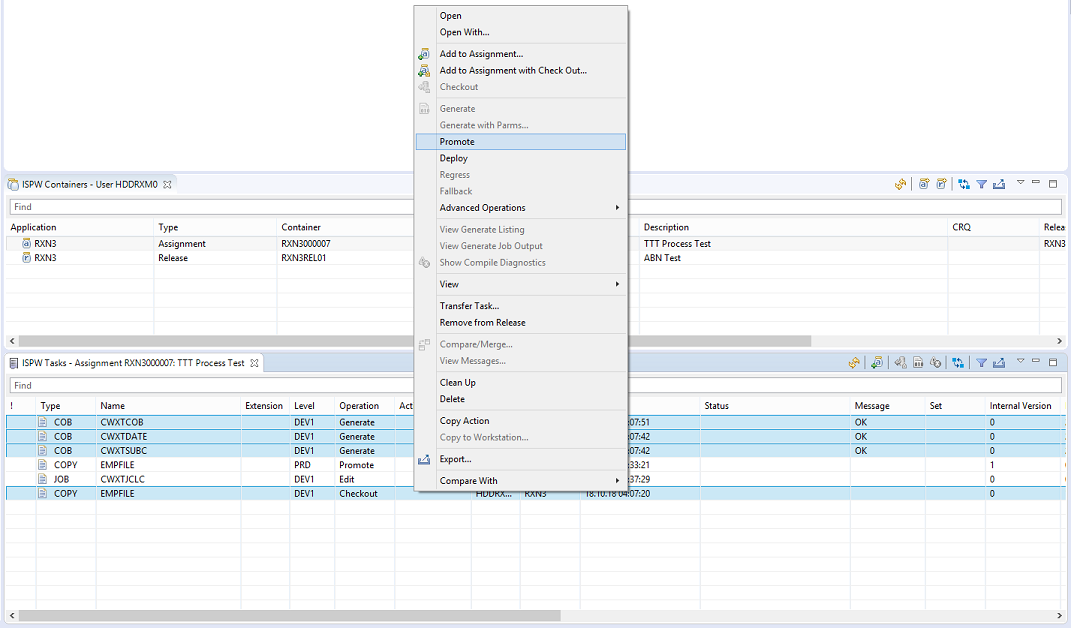 The promote will create a set container in ISPW, which will perform the steps required for the promotion of the code. This set has its own ID and contains all tasks that were promoted. The way the ISPW webhook has been set up, once the promotion has finished, the webhook will trigger one of the two pipeline jobs. (Depending on the job being triggered by the webhook's POST request.)

The webhook triggers the Jenkins job which executes the tasks defined in the pipeline script. 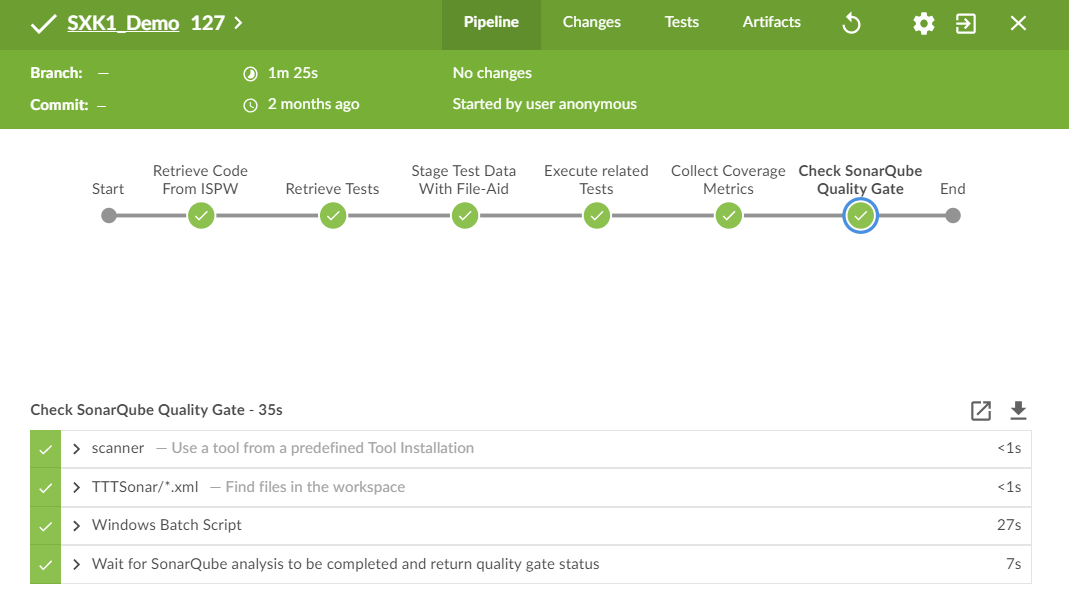