Over the recent few releases of Topaz for Total Test, the Topaz CLI, ISPW, the ISPW CLI and the corresponding Jenkins plugins, integration between different tools has been greatly improved, moving much of the complexity of implementing certain requirements from the code of the scripts into functionality provided by the plugins/CLI. Therefore, many of the example pipelines will have become far simpler, compared to the older versions, while providing the same flexibility and functionality as before. For customers this means that the coding effort and complexity of the resulting pipeline scripts has been reduced considerably.

Earlier versions of Topaz for Total Test Virtualized Testing required a very strict structure of the underlying project to be used. If folders were renamed, removed or where not exactly "at the right place", the scenarios became unusable. This greatly reduced flexibility when it came to combining Topaz for Total Test projects into e.g. one repository, into one encompassing project, or to combine Virtualized and Non-Virtualized scenarios into one single Test project.

It is now even possible to store mainframe code alongside Topaz for Total Test scenarios within the same Eclipse project and Git repository, when using the Git to ISPW integration.

# One Topaz for Total Test CLI

While the traditional the CLI is still available, it will be deprecated, and ultimately completely be replaced by on CLI for execution of both kinds of test scenarios. Using this one CLI bears additional advantages apart from reducing confusion as to which CLI to use for which purpose. Among these are:

If you wanted to execute test scenarios only for thos components that were affected by a "change", in the past you had to

In contrast, with the Intelligent Test Execution feature any ISPW operation will automatically create a .json file containing information about the tasks affected by the corresponding operation. This file can be processed by the Topaz for Total Test CLI, telling it to execute any test scenario that matches any of the entries in the .json file. The resulting code consists of exactly one call to the Topat for Totel Test CLI.

One of the main concerns when using the traditional Topaz for Total Test CLI to execute Virtualized Test scenarios, was setting up the correct Runner.jcl to use. Depending on the complexity of the environment (e.g. several parallel development paths), the JCL had to modified at runtime, adding yet more complexity to the resulting pipeline scripts.

Using the one CLI in future, the "runner.jcl" can be configured and stored centrally for all scenarios of a project or even on the CES. The use of Context Variables has completely removed to modify any file content at runtime.

Topaz for Total Test allows defining your own variables to use at runtime of a scenario. The Topaz for Total Test CLI allows setting these variables at runtime via command line parameters. This allows for high flexibility in defining scenarios for one environement and and executing them in different target environements without manual intevention or preparation by a user. 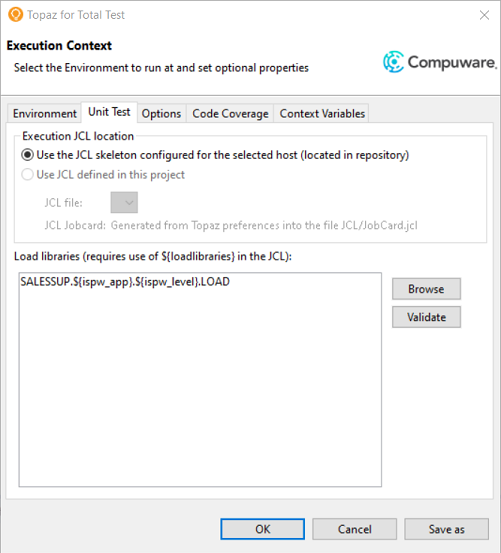 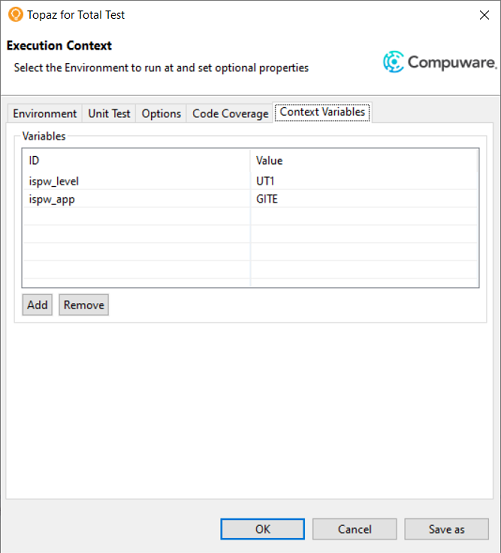 Current versions of the plugin allow for donwloading related copybooks automatically, no matter ate which level in the life cycle they reside within the path relative to the container you are downloading sources for. This resolves aproblem many customers were facing, and had to write their own code for, unnecessarily complicating the code of their pipelines:

Early versions of the ISPW source download plugin - especially of the container downloader - would only download those sources that were part of the specified container. This would cause problems if copybooks that were used by components were not part of that same container, e.g. component CWXTCOB within an assignment uses copybook EMPFILE, but EMPFILE is not part of the container. In such a case, the container downloader would only get CWTXCOB. Passing the source to SonarQube would then result in "false positive" errors being flagged by Sonar due to missing copybooks.